Today is World Diabetes Day: This trade gives Gujaratis a hobby of trade and food

Atul Tiwari / Ahmedabad: Diabetes … a disease which till now was considered a ‘silent killer’. But diabetes is now proving to be a ‘man killer’. Every year on November 14, Frederick Benting’s birthday is celebrated around the world as World Diabetes Day. Insulin was discovered by two scientists in 1922, one of whom was Frederick Benting. In his memory, November 14 was celebrated as World Diabetes Day by the WHO and IDF in 1991 with the aim of making the world aware of this man-killer disease.

Diabetes is estimated to kill 4.6 million patients each year. So approximately 50% of people are also unaware of their diabetes. The number of patients with this man-killer disease is estimated to reach 550 million by the year 2030. Lack of physical exertion, lack of regular exercise, excessive consumption of junk food, stressful life, insufficient sleep, excessive intake of sweets as well as genetic causes lead to diabetes.

See also  This kitchen spice can save you from heart attack, Learn how to avoid it

The main symptoms of diabetes: 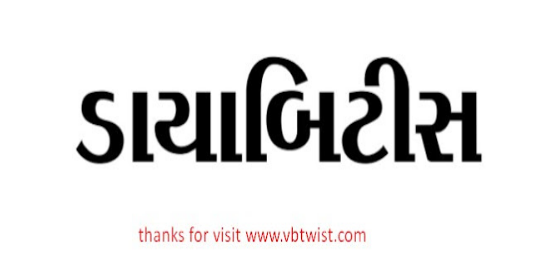 Diabetes is a disease caused by lifestyle irregularities. From the perspective of Gujarat, many diabetic patients are also found in our state. We Gujaratis are fond of eating and drinking and especially swallowing things is a favorite of Gujaratis, at the same time Gujaratis known for trade do a lot of work through the brain, due to which physical labor is almost negligible during the day. But this trade gives us business stress, as a result of which the incidence of diabetes among Gujaratis is increasing very fast.

Diabetes is caused by an increase in the amount of sugar in the body and the disease is generally divided into two types, type-1 and type-2. Of these, type 1 diabetes affects the human immune system. It attacks the body’s insulin factory (beta-cell) which causes our body not to produce enough hormones to control the amount of sugar. While the cause of type-2 diabetes is usually the wrong lifestyle. This causes the body fat to increase and it has an effect on insulin. Type 2 diabetes is currently more prevalent in patients.

What to do to make a diagnosis:

Diabetes should be checked as soon as possible if symptoms of diabetes appear. Blood tests such as a blood sugar test on an empty stomach, a blood glucose test after a meal can tell if there is diabetes and its levels in the body.

Diabetes is also known as diabetes in Ayurveda, the main diagnosis of which is ‘Asya Sukham Swapn Sukham Hasya’ i.e. people who choose sedentary lifestyle and people who consume excessive sleep as well as those who consume more milk or milk products, new grains, starchy foods. People who use it in moderation get this diabetes. According to Ayurveda, the diagnosis of diabetes, i.e. diabetes, can be cured if it is started early.

Although herbs alone do not cure diabetes, in some cases lifestyle changes may be needed. Many controls also become part of the cure. In Ayurveda it is said to work hard to cure diabetes, in which regular exercise becomes an important part of life. It is also important to get proper sleep, avoid anxiety as much as possible and make yoga and pranayama a part of life. is coming.

If we talk about the number of diabetic patients, this man killer disease is constantly advancing at a rocket speed. According to doctors, it is very important to get regular checkups after 35 years as the risk of diabetes increases. This is because diabetes can be protected from ‘man killer’ at an early stage. Once a diabetic sufferer is forced to take lifelong medication. Diabetes can only be controlled, not completely cured, doctors say.