Due to Corona, the IPL will be played in UAE from September 19 to November 10
Approval of Unlimited Corona Substitutes in Tournaments with Bio Secure Environment
The evening match will start half an hour earlier i.e. 7:30 and the afternoon match will start at 3:30

The Board of Control for Cricket in India (BCCI) has announced the schedule of the Indian Premier League (IPL). Due to Corona the tournament will start on September 19 without spectators. The first match will be between defending champions Mumbai Indians and Chennai Super Kings. According to the schedule, 24 matches will be played in Dubai, 20 in Abu Dhabi and 12 in Sharjah. The schedule of 56 matches of the league has been announced so far. The venue and date of the playoffs will be announced by the board later. 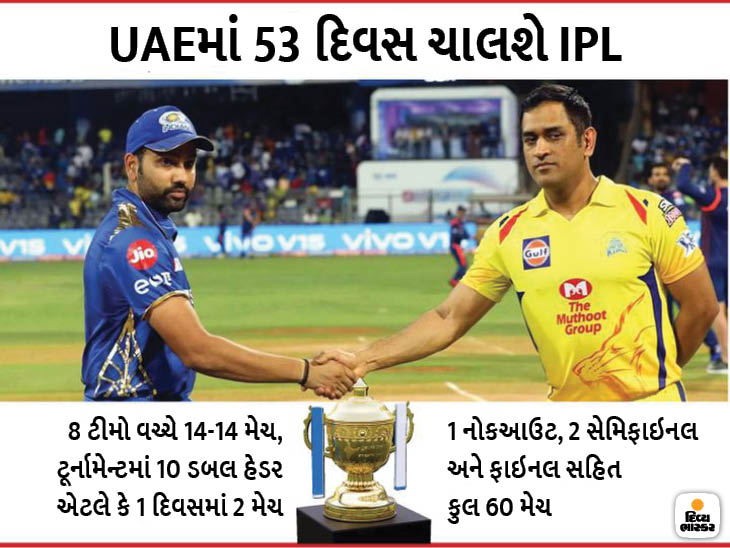 The tournament will feature 10 days double header i.e. 2-2 matches in one day. The evening match will start at 7:30 pm, half an hour earlier than the old schedule. When the afternoon match will be played at 3:30 p.m.

Each team will have only 24 players

The IPL Governing Council has allowed each team to carry only 24 players due to Corona.
The franchise was previously allowed to have 25 players.
Unlimited Corona substitutes are also allowed in the tournament. That is, if a player is found to be Corona positive in the tournament, then the team will be able to include another player in his place.
All 60 matches will be played in three stadiums

All 60 matches of the IPL will be played in Dubai, Abu Dhabi and Sharjah.
Confrontations take place at 8 venues in India. For this reason, it will be very easy to keep an eye on corruption and match fixing in the IPL.
This was stated recently by Ajit Singh, Chief of BCCI’s Anti-Corruption Unit (ACU).
What’s new this time

Due to Corona, the tournament will be played in a bio-secure environment without spectators
The players and staff will be tested every five days in the IPL
All franchises in the tournament will be able to substitute Unlimited Corona
The evening match will start half an hour before the old schedule i.e. at 7.30 pm and the afternoon match will start at 3.30 pm instead of 4 pm.
For the first time in the history of the IPL, the final will be played on a weekend instead of Sunday.
The tournament will have 10 double headers i.e. 2-2 matches in one day
Commentators will do live commentary from home
Suspense remains on England-Australia players 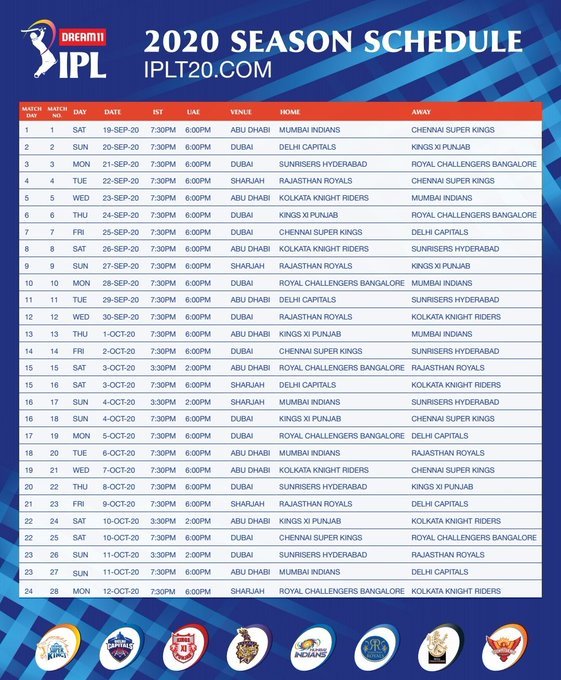 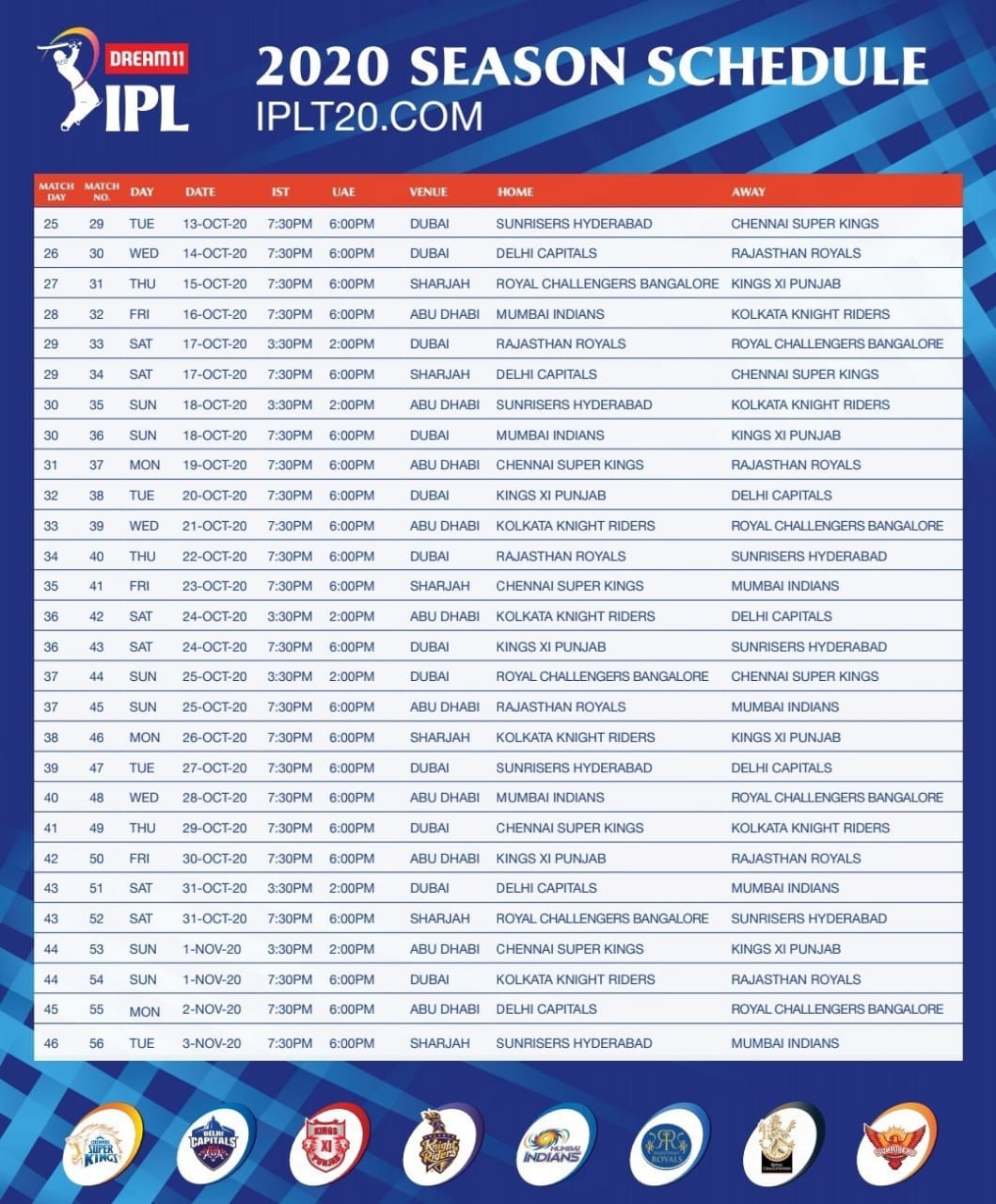 Only after their test is negative will they be able to get out of the 7 day isolation.
In such a situation, all the players will be able to play IPL from next week.
While all franchises have said that all players will come to the UAE from a buy-safe environment, they do not need to be isolated.