According to the data released by the Vadodara Municipal Corporation, the highest number of 82 cases of corona virus has been reported in Vadodara and the city district so far. Thus the total number of positive cases has reached over 3919. A further 42 patients have been discharged from the hospital in Vadodara today. A total of 3149 patients have recovered. There are currently a total of 700 active cases in Vadodara, out of which 128 are on oxygen and 39 are on ventilator-B pap and 533 patients are in stable condition. The official death toll has risen to 70 with 3 more patients dying today. 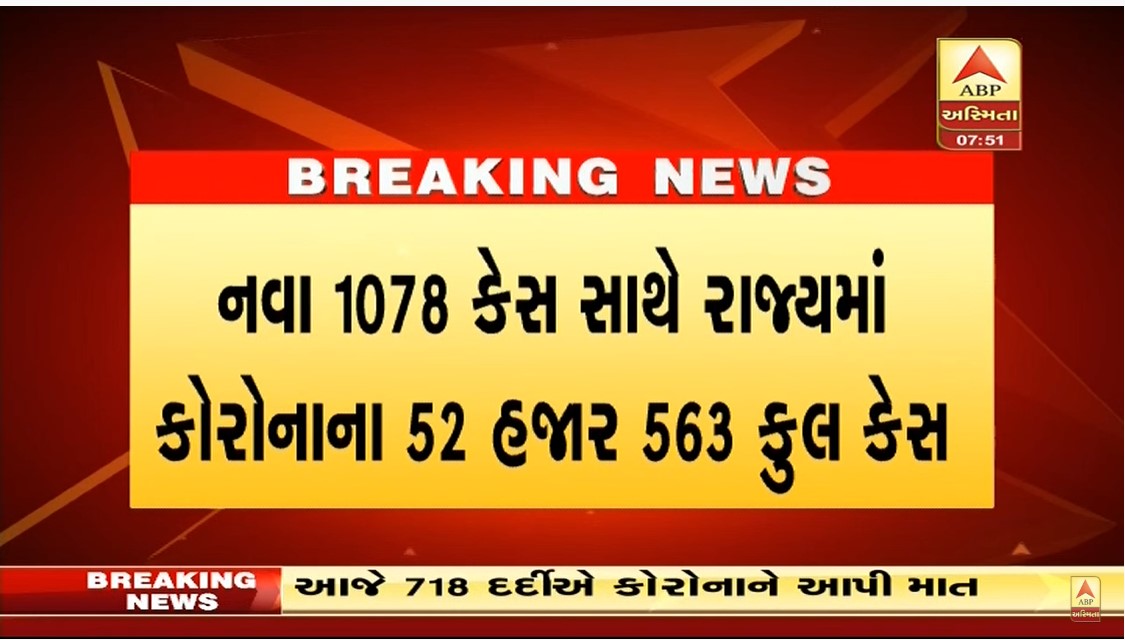 Death of 5 patients during treatment of corona
Five patients, including two elderly women, died today during treatment for corona virus in Vadodara city. A Corona Warrior Dr. on Wednesday night in Vadodara. Vishal Gupta died of Koro infection. All patients will be cremated as per government guidelines.

GET OFFICIAL PDF FROM HERE