FASTag will be mandatory for older vehicles from January 1, the new rule will take effect from April 1, 2021. 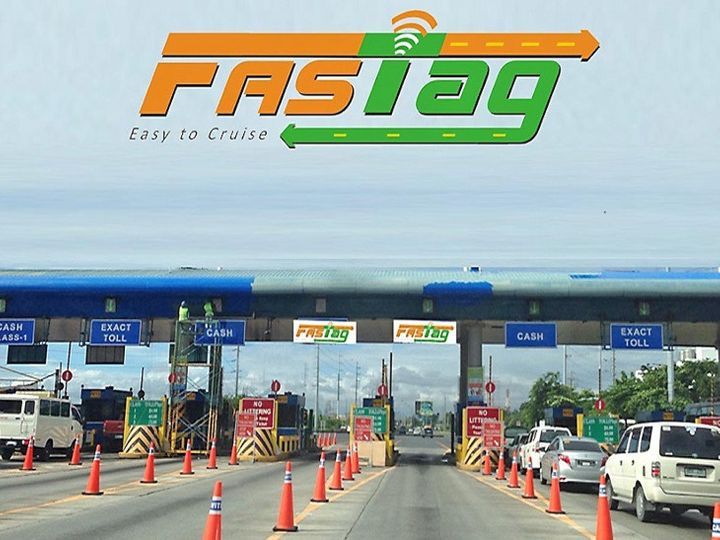 As per the guideline announced by the government on Saturday, Festag has now made Fastag mandatory by amending the CMVR, 1989, of motor vehicles (four wheelers) sold before January 1, 2021 i.e. December 1, 2017.

The rule has already been implemented for new vehicles 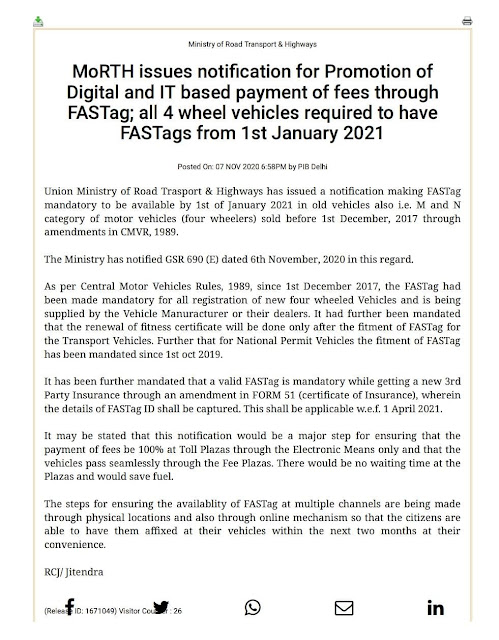 The government aims to fully digitalize the toll plaza. This can have many positive effects. When there is a digital toll, there will be no loss of revenue and consumption of large quantities of petrol (petrol and diesel or gas) will be reduced across the country.

Fastag is an electronic toll collection technology. It uses Radio Frequency Identification (RFID). Fastag is a rechargeable prepaid tag that you have to stick on the inside of your vehicle’s windshield.

This tag in the vehicle will start working as soon as your prepaid account is activated. Also, when the amount in your Fastag account is exhausted, you will have to recharge it.

Fastag can be taken from here

Almost all the major government and private banks in the country like SBI, ICICI, HDFC, Axis Bank can take Fastag. Fastag can also be purchased from Amazon or Paytm. There is also a facility to buy fastag at large petrol pumps. As well, sales outlets have been set up at all toll plazas by NHAI for free facility of Fastag.