Gujarat Government are Declared A Angadvadi Bharti In a Gujarat  Various in a  District at  the https://e-hrms.gujarat.gov.in/

The state government has a decided to the  recruit 7160 workers and  the Ted-agar sisters online in the Anganwadi Centers as a most of the operations in the state are being done online due to the transition of the  Kory. A special web in a portal has also been a launched for in this recruitment which is the first experiment in the country.

At the present out of  the 1.04 lakh honorary in a  posts, 97098 posts have been a filled. It is a planned to complete the recruitment cycle in a 45 days in all the districts by a conducting online recruitment process in the next six months. 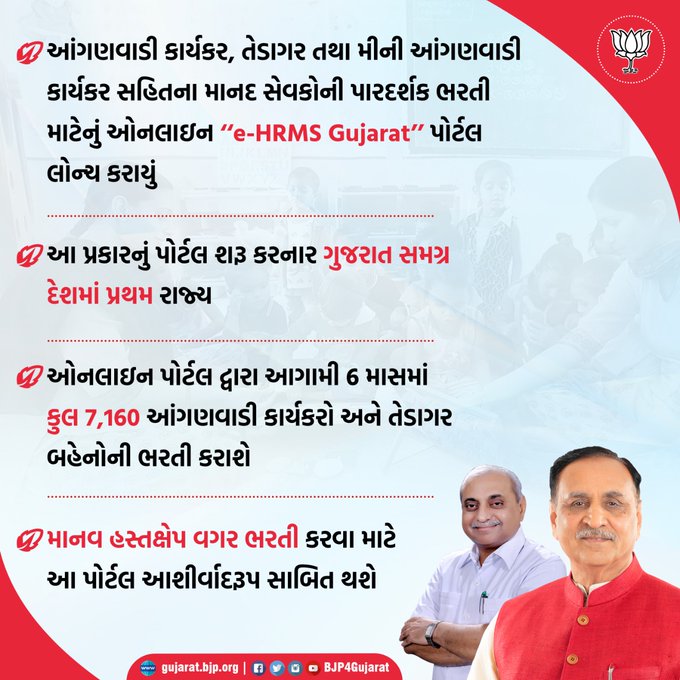 How to the  Apply For a Aangadvadi Bharat In a Gujarat :

OFFICIAL SITE FOR AANGADVADI BHARAT ON  2020